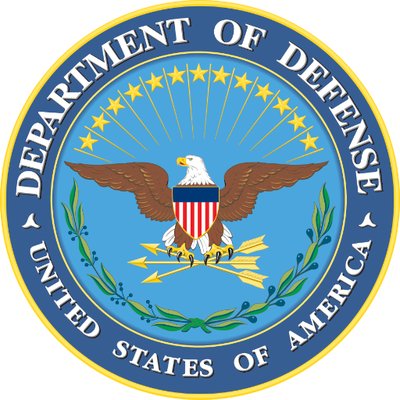 This challenge is no longer accepting new submissions.

The threat of unmanned aerial systems (UAS's) to American interests within the continental United States and outside our borders is an ongoing concern. Continued and rapid improvements in technology not only are increasing the availability of these unmanned technologies, but also are: With these technological advances, however, also comes an increased potential for hostile actors to deploy UASs in very nefarious ways.  The C-UAS Hard Kill Challenge will provide the Joint Improvised-Threat Defeat Organization (JIDO), United States Central Command (USCENTCOM), Program Directorate Counter-Rocket Artillery Mortar Missiles (PD C-RAM), DoD agencies, and U.S. Government agencies and coalition partners an opportunity to review the current state of technology to defeat rotary and fixed wing UASs. To assess current technology, the Joint Improvised Threat-Defeat Organization (JIDO), Defense Threat Reduction Agency (DTRA) is sponsoring a C-UAS Hard Kill Challenge at White Sands Missile Range, NM starting late February. Teams only need to be at the site for their portion. It is anticipated that teams will only have to be onsite for approximately 5 days. The C-UAS Hard Kill Challenge is focused on evaluating "Hard Kill" technologies that can defeat UASs with a flyswatter approach. For the purpose of this event, "hard kill" shall be defined as the physical interruption of a UAS's ability to maintain lift and continue its mission via the direct capture of the UAS, the physical destruction of the airframe and/or the permanent ability to disrupt the power to the airframe. The C-UAS Hard Kill Challenge is open to teams consisting of private industry, government entities and government/industry challenge teams. The focus of this challenge is on technologies that can "hard kill" a UAS beyond 250 meters. Participation is at the teams' own expense. During the challenge, teams will have the opportunity to "hard kill" a combined 30 rotor- and fixed-wing Group I UASs in scored events and four additional UASs in non-scored events. For those teams that cannot afford to engage 34 UASs, JIDO will hold a demonstration phase where select teams can demonstrate their systems to the government stakeholders. Teams who only participate in the demonstration are not eligible to compete for the award. Only a limited number of registrants will be selected to participate in the challenge and demonstration. A panel of subject matter experts, or SMEs, will review each team package to determine the most qualified candidates. The number of participants is limited due to logistical concerns at the range, cost of targets and range time.

The Hard Kill Challenge will provide JIDO and other DoD agencies an opportunity to evaluate where current technology is concerning hard killing rotor and fixed wing UASs. This Challenge will consist of three scored phases. The first phase is primarily set-up to verify the ability of each vendor’s C-UAS system to hard kill a UAS. To advance to each subsequent phase, a vendor must hard kill a minimum of one UAS in each phase. This Challenge will only use Group I rotor and fixed wing UASs.

Phase II will consist of eight test events. Four test events will consist of a single rotor UAS and four test events consisting of a single fixed wing UAS conducting either an ISR or attack mission. Each mission will start at approximately 3000m from the objective based on the performance specifications of each UAS. The team's objective is to defeat the UAS at the farthest possible distance. Phase II Scoring.  Scoring for each test event is based on the distance a UAS is defeated. The farther the distance the higher the score. See the attachment for more details.