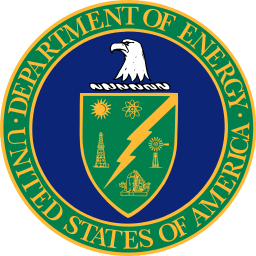 The American-Made Perovskite Startup Prize is designed to accelerate the growth of the domestic perovskite industry.

The American-Made Perovskite Startup Prize is a $3 million prize competition designed to accelerate the growth of the U.S. perovskite industry and support the rapid development of solar cells and modules that use perovskite materials. Through two contests, established perovskite researchers will launch a company and move toward commercialization in under a year.

As part of the American-Made Challenges series, the Perovskite Startup Prize unites the world’s best-in-class research base with the unparalleled entrepreneurial support system of the American-Made Network. Consisting of pioneering maker spaces, dozens of energy incubators, universities, and 17 U.S. Department of Energy national laboratories, the Network is primed to assist entrepreneurs in bringing perovskite-focused concepts to market.

The Perovskite Startup Prize consists of two consecutive contests that accelerate efforts to develop new, innovative perovskite solar companies with the potential to manufacture commercially viable products in the United States. The best-performing competitors in the Countdown Contest are awarded with cash prizes and are eligible to compete in the Lift-off Contest. This cycle of contests repeats until 2-3 final winners are selected for successfully completing the challenge.

Below is a timeline of tentative submission deadlines for each quarter (All dates subject to change).

The total prize pool for these two contests is $3 million. Winners will receive up to $700,000 in cash prizes and $100,000 in technical support vouchers.

The Official Rules can be found here.

Just click the “Solve this Challenge” button on https://www.herox.com/perovskiteprize and follow the instructions to complete your registration.

Have feedback or questions about this challenge? Send the challenge manager an email