The Hidden Signals Challenge was a $300,000 prize competition conducted by the DHS Science & Technology Directorate (S&T) in collaboration with the Office of Health Affairs National Biosurveillance Integration Center. DHS S&T asked innovators from a wide variety of fields—from data science and civic tech to epidemiology—to develop concepts for novel uses of existing data that will identify signals and achieve timelier alerts for biothreats in our cities and communities. 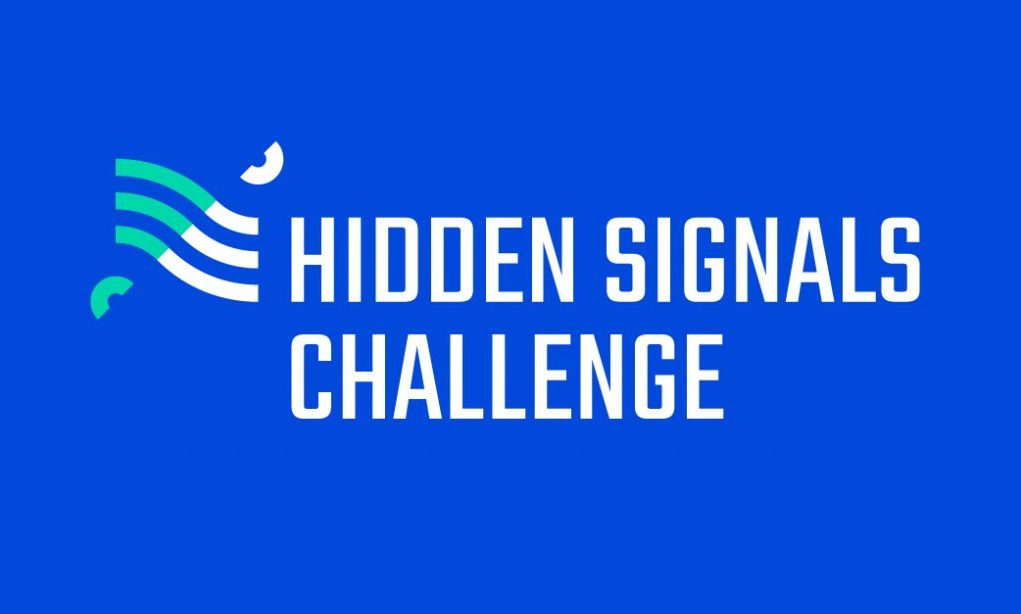 Biothreats occur when harmful pathogens are naturally or deliberately released, posing a risk to national security and public health. Some pathogens can be transmitted from person to person through inhalation or ingestion and from exposure to powders, liquids, or aerosols. Infections caused by biothreats can lead to respiratory distress, gastrointestinal issues, and animal and human deaths. It's often difficult to immediately identify biothreats and contain their spread. This makes early warnings critical.

If and when a biothreat incident occurs, every minute counts. Local and national officials must work together to assess the level of risk, develop an action plan, and intervene. They use a variety of systems and tools that mostly rely on health data to detect signals. There is now an unprecedented opportunity due to the increasing proliferation of new technologies and data sources, including the wealth of open data generated by progressively "smarter" cities and trends observed through aggregation of individual sharing. By harnessing these new streams of information, we may be able to identify and resolve emerging problems with greater speed and confidence.

As part of the Biodetection and Biosurveillance Systems Programs, DHS S&T identified that current detection and surveillance methods for biological threats—both intentional and unintentional releases of biological agents and infectious diseases—are not timely enough to enable early warning and intervention. Extensive literature reviews and interviews with subject matter experts defined numerous problems with existing biosurveillance systems and efforts including:

DHS intends for this work to be the first step in the design of a local and/or national-level system that could enable city-level operators to make critical and proactive decisions based on the most relevant and actionable insights. To form the basis for a proof of concept, the challenge focused on large metropolitan areas such as New York, Los Angeles, Washington D.C., Chicago, Boston, and Atlanta.

The challenge launched Oct. 17, 2017. DHS S&T used an interagency agreement with NASA's Center of Excellence for Collaborative Innovation to contract with a third-party prize administrator, Luminary Labs. A website was established that provided access to additional information, newsletters, blogs, and other information about the challenge.

The Challenge was designed with two stages, the first to attract novel concepts and the second to develop the top concepts into detailed system designs. Following the open submissions period, judges selected five finalists based on the criteria, and each finalist was awarded $20,000 in cash prizes.

For Stage 2, the challenge included Virtual Accelerator modules and optional field exercises that encouraged finalists to ground their systems in reality through user research, persona development, and iterative storyboarding. The Virtual Accelerator featured a module that focused entirely on user research, with an expert panel, reading list and hands-on exercises to discuss with mentors.

Many teams cited the Virtual Accelerator as a critical benefit of the learning experience. In fact, the grand prize winning team said: "The information [the Virtual Accelerator mentors provided] on potential end-user workflows and experiences was incredibly informative. We feel these mentor discussions helped to mature our initial design, with better insights into the variability of the needs of end-users."

The submission requirements and time constraints pushed teams to identify and focus on the most mission-critical elements, leading to a balanced approach for near-term and long-term goals.

"Overall I was impressed by how streamlined the challenge process was and impressed by how much effort and thought the submitters put into this without any money upfront," said one DHS judge.

For each stage, the judging process relied on carefully chosen criteria that were weighted equally to emphasize the importance of a balanced approach.

Review panelists and judges were selected to represent a range of expertise relevant to the challenge goals and objectives. Ultimately, a panel of seven judges with expertise in bioinformatics, biological defense, epidemiology, and emergency management helped select the grand prize winner and runner-up.

When evaluating Stage 1 entries, review panelists and judges assigned each submission one to five points in each of the six criteria categories (for a total of up to 30 points):

When evaluating Stage 2 entries, judges again assigned each submission one to five points in six criteria categories (for a total of up to 30 points):

Whitepapers and system designs were required as discrete assets to encourage a comprehensive plan for both data and operational viability. And the criteria, submission requirements, and design of the Virtual Accelerator for Stage 2 all were designed to encourage finalists to exhibit how they developed systems with a balanced focus on data, technology, and users.

The challenge's streamlined submission and evaluation process opened the doors to a wide array of expert solvers representing many disciplines beyond biodefense who can contribute their expertise and technology to the field. In fact, many judges remarked on how impressed they were by the quality of submissions and diversity of submitters.

In addition to the 37 teams that entered, many other potential solvers showed early interest by visiting the challenge website, registering for webinars and registering on Luminary Lightbox™. All of these audiences could be targeted for future efforts in this space.

The communications and engagement plan for this challenge took into account a variety of audiences including solvers, stakeholders, and news media. While the stats provided below show a significant media footprint, more importantly this challenge opened new channels for direct communication and collaboration with cities across the country.

The challenge team invited representatives from cities across the country to collaborate in shaping this effort, through invitations to participate in a "Meeting of the Minds," serve on the judging or review panel, or join the Virtual Accelerator as a subject matter expert or mentor.

Throughout the process, city representatives recognized the relevance and expansion potential for these innovations and appreciated the broader applicability of the technology this challenge explored. As such, they welcomed the opportunity for future collaboration.

During the open submission period in Stage 1, the challenge team sought to drive submissions from innovators and communicate the program's value to the public and stakeholders. This was accomplished through a public press announcement and targeted outreach, solver and influencer activation, and sharing messages through the challenge (e.g., blog and newsletter) and various DHS S&T channels.

These efforts resulted in 139 Informational Webinar RSVPs and 37 submissions.

During the winner announcement, the challenge team sought to drive awareness of the program to the public and stakeholders such as city-level employees, healthcare professionals, and data technology influencers across the United States. Promotion included a public press announcement and targeted outreach, influencer activation, and sharing messages through the challenge, DHS S&T, and challenge winners' channels. These efforts achieved several results during the winner announcement period of May 30, 2018 through June 7, 2018:

These efforts resulted in nearly 300 visitors to the challenge website over three days, including:

The solutions sought and received bridged several types, including analytics, ideas, software, and technology. The challenge specifically focused on ideas in these solution areas:

By starting with concepts and then allowing finalists to further develop those concepts into actual system designs, the challenge set up a natural bridge between ideas and actionable solutions that will carry on past the end of the challenge. As such, it created buy-in and enthusiasm for future collaboration among all those involved, including solvers, subject matter experts, and stakeholders.