The current method for tracking dietary intake for astronauts in orbit on the International Space Station (ISS) is the Food Frequency Questionnaire (FFQ). This is a weekly recall of what astronauts have eaten recorded by each astronaut in a spreadsheet and downlinked to the ground for analysis of several key nutrients. The FFQ has been able to show that crewmembers who have consumed more meals containing fish also lost less bone over a six-month mission. NASA believes this is related to the omega-3 fatty acid content of fish, but current data from the FFQ does not provide this level of detailed analysis. Also, the FFQ is not that easy to use, and some crewmembers find it hard to remember what they ate in the past seven days. An easier input process is needed, along with a more detailed log of dietary intake to better understand the role of nutrition in spaceflight and provide better dietary recommendations to help mitigate the negative physiological effects of spaceflight. 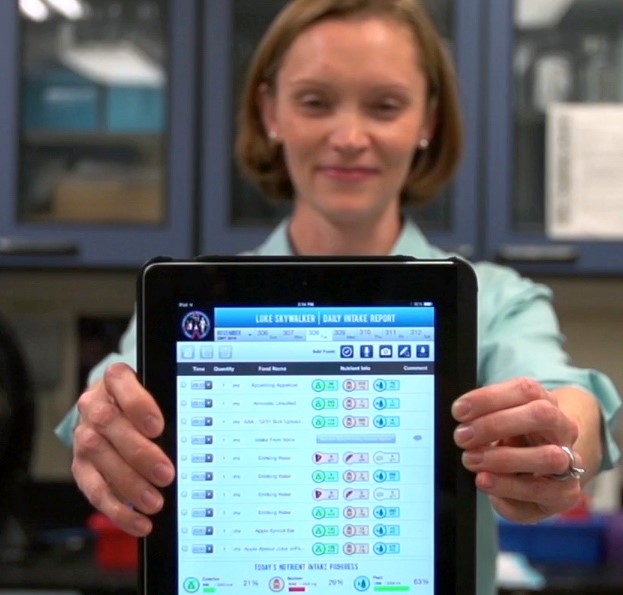 The challenge was to find a way for the crew to capture their food consumption data more easily and accurately. We launched a challenge to conceptualize, design and develop an iPad application that will allow ISS crewmembers to easily enter foods during each meal. The application needed to seamlessly identify the user, track all food and beverage intake and provide a timestamp of when the food was consumed. While many of the foods have barcode, others do not, especially foods that crews take in their "bonus" containers, which provide some unique items. The resulting ISS FIT (Food Intake Tracker) iPad App had to provide astronauts on the ISS an efficient, rapid and accurate method for tracking their dietary intake, while also tracking important nutrient data. The app also needed to include features and a user experience that incentivized the crewmembers to use the application with each meal.

The challenge was launched through NASA's contract with Harvard University using Topcoder. Topcoder provides a worldwide competitive community for application development. Team submissions were not permitted. Topcoder decomposed the challenge into 17 different contests that conceptualized the app, formulated the requirements, developed the user interface, designed the architecture, coded the modules, integrated the code and tested and debugged the app.

This series of contests started in February 2013 and completed with delivery of the initial app in September 2013. For these 17 contests there were 177 unique registrants from 20 different countries and a total of 79 submissions. The total incentive purse was $36,288. Awards ranged from $350 up to $5,000 for submissions across the contests, with the average award being $2,592.

The contest resulted in a unique and user-friendly iPad application that will allow NASA astronauts to easily enter and track their daily dietary intake to create a more detailed food log. The app included features that crewmembers can use to help understand their food selections and the impacts on their diet which may incentivize some to use the app more frequently.  This will enable NASA scientist to better understand the role of nutrition in spaceflight and provide better dietary recommendations to help mitigate the negative physiological effects of spaceflight. The application recently completed ground testing and certification and is anticipated to be uplinked to the ISS iPads in June 2016 for on-orbit use by ISS crewmembers.

Challenges launched through NASA's Center of Excellence for Collaborative Innovations (CoECI) are considered procurements for goods or services. In this case, the government had a requirement for a product (an easy-to-use iPad app to track food intake of ISS crewmembers), and the contractor used crowdsourced competitions as the method for developing the product that met that requirement. Challenges conducted under Federal Acquisition Regulation authority are the NASA contractor's responsibility to execute. They are considered the contractor's challenge, not NASA's. NASA is engaged in the activity throughout as the technical requirements owner and does actively participate, particularly during the challenge definition and evaluation phases depending on the contractor's business model.

This challenge accepted code submissions that would be licensed as open source software. NASA procured an end-to-end open source software solution from Topcoder through a series of contests using the Topcoder platform and community. Topcoder accepted and handled the submissions of all software source code for each contest and integrated each piece of code into the final product. The final software and documentation products were delivered to NASA as a complete open source repository. NASA required a full set of design documentation along with documented testing results of static security analysis and mitigations. NASA used these artifacts along with additional analysis to ensure that the project adhered to the . These steps included the classification of the software and the application of corresponding requirements for documentation and testing. Additionally, NASA provided user acceptance testing for each delivery, and NASA's ISS program office provided integrated load testing to ensure functionality and integration of the code with the ISS networks, servers and iPads.

While NASA procured the ISS Food Intake Tracker (FIT) software application as a product from Harvard and Topcoder, Topcoder's use of contests in its community of hundreds of thousands of software developers provided an extremely effective method of developing software. Topcoder's process of atomizing challenges into several smaller-phased contests was very successful in that it attracted specialized talent within its community and then had participants compete so the best work from those specialized members was selected and rewarded. This method of curating talent and rewarding those developers has demonstrated itself to be an effective method for not just developing software quickly and inexpensively, but also developing in a way that increases innovation and quality. Topcoder establishes a game plan that includes each of the various types of software development contests that comprise a particular development effort. These contests are launched under the purview of a co-pilot who chooses the winning submissions for each of the contest types based on the criteria specific to that particular development task. Many of the competitors who participate in these contests are doing so not just to earn the small award, but to hone their skills in the particular area or to earn Topcoder points toward their status level as a "topcoder." A Topcoder rating can serve as a significant boon on a resume. Since Topcoder is a contractor to NASA, Topcoder actually makes the payments to the winners of each contest directly. NASA does not pay the individual winners. 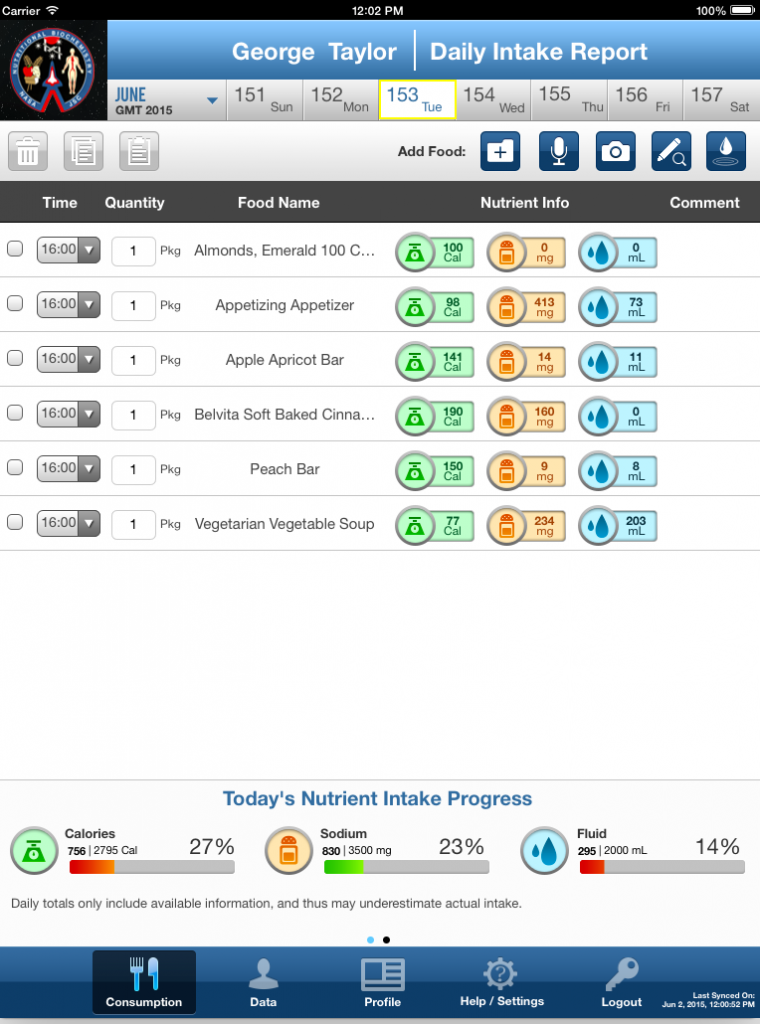 This challenge originated simply as a need of NASA's head nutrition scientist for ISS to improve the mechanism for collecting crew food consumption data so that he could improve the quality of the science. The recent introduction of iPad tablet computers for use on the ISS provided a unique opportunity to meet this need by developing a food tracker app similar to apps used widely by the public. However, this app also needed to address the unique aspects of the ISS crews, their food inventory and the science needs. It turned out to be a great fit to develop this software via a contractor such as Topcoder that uses contest-based development. Through these contests, the community identified several innovative approaches such as simple icon-based displays, bar-code scanner and camera software to capture foods simply and quickly, and voice notation options so crewmembers do not need to type. Additionally, the contests leveraged various skillsets from Topcoder's large community such that user interface experts competed to create the best displays, architecture experts competed to develop the optimum architecture and coding experts competed to develop code and leverage existing open source code. The broad range and depth of skills used on this project would have been difficult to replicate in an in-house team without requiring significant training or a high-performing team.