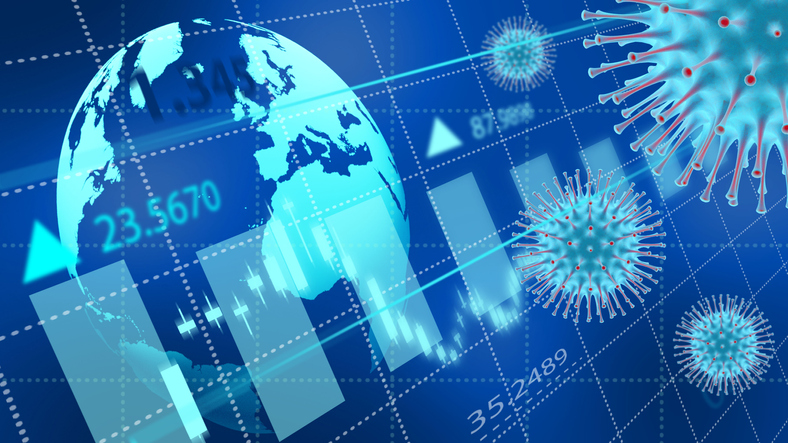 Shaman has spent nearly two decades studying the effects of atmospheric conditions on mosquitos and the illnesses they carry, such as St. Louis encephalitis and West Nile virus.

But today, the New York-based professor is tracking another virus.

On several weekly calls facilitated by the Centers for Disease Control and Prevention (CDC), Shaman and other researchers are discussing inference, operations forecasts and projections for COVID-19, the disease at the center of a global pandemic that has resulted in more than 349,095 deaths worldwide.

Shaman and his team know about infectious disease projections.

In 2014, they claimed the $75,000 top prize in the CDC’s Predict the Influenza Season Challenge. The prize competition challenged participants to develop more advanced, real-time flu forecasts to inform prevention strategies and control tactics.

The challenge launched in 2013, and at the time, forecasting the spread of influenza had not been considered particularly feasible in any sort of operational way, explains Matthew Biggerstaff, a research epidemiologist in the CDC’s Epidemiology and Prevention Branch, Influenza Division.

“We thought a challenge was a way to move forward and at that time, challenges were relatively new; CDC hadn’t done many,” says Biggerstaff. “The competition seemed like a way to galvanize the research community.”

The competition allowed CDC to see which research groups were working in the space and to evaluate then-state-of-the-art concepts, he says.

Just four years prior, the H1N1 influenza virus surged into a global pandemic. Between April 2009 and 2010, the CDC estimates the respiratory condition claimed the lives of 12,469 Americans and between 151,700 and 575,400 people around the world.

H1N1’s swift spread identified a critical gap—the ability to rapidly and accurately forecast the spread of illnesses and pandemics.

“When the H1N1 pandemic struck in 2009,” Shaman says, “infectious disease modeling was little understood outside of a few groups. It lacked the familiarity and profile to be appropriately applied” to decision-making on any major outbreak at the time.

The CDC challenge changed that.

“The challenge started to make people see what could be done,” Shaman says. “These were elevating the profile and capacity, building up a new cadre of researchers in these arenas. There was a real advance over that time period and in the profile and integration of modeling into public health decision-making.”

Today, public health officials not only are familiar with the science, mathematics and statistics in projecting the trajectory and spread of illness, but they expect it. Models are probabilistic and have certain inherited discrepancies, but the science continues to evolve.

Shaman’s participation provided funds to support students and personnel in his laboratory, and helped his team gain visibility for follow-on research funding from agencies including the National Institutes of Health and the Department of Defense.

In fact, the CDC challenge opened the door for other competitions that followed, including the Defense Advanced Projects Research Agency (DARPA) CHIKV Challenge, a $150,000 competition which sought models for the spread of the chikungunya virus.

Prize-winning University of Arizona professors Joceline Lega and Heidi Brown won that challenge for developing a mathematical model that forecasts the chikungunya infection case counts as the disease emerged.

The CHIKV competition operated on the premise that, if military and public health authorities could move beyond basic surveillance to accurately predict where and when a disease will appear, they could deploy supplies and launch educational campaigns well in advance.

Best-case scenario: They could get out in front of the outbreak and stop it in its tracks.

Lega now is participating in some of the same CDC calls as Shaman. With one of her graduate students, she is combining a version of the winning CHIKV Challenge model with data assimilation techniques to forecast COVID-19’s spread.

A prize competition has a way of opening doors to new opportunities and joining people from different backgrounds to work towards a common goal. The DARPA competition sparked the winning partnership between Lega and Brown. They had worked together before, but the challenge opened a new opportunity and led to a string of new collaborations that didn’t exist before the competition.

“As an epidemiologist working with a mathematician, this challenge has led me into a more quantitative direction,” Brown says. “Working with Joceline has helped me to see my own research area from different perspectives.”

And that’s important, says Shaman, who encourages the interdisciplinary influx to unfold the science.

“They’re going to have the facility and perspective that we’re going to need and want to capitalize on to help the field grow,” Shaman says.

The number of rapidly spreading diseases over the past few decades shows the need, including the Zaire ebolavirus, Middle East Respiratory Syndrome (MERS), H1N1, chikungunya, West Nile and Zika, to say nothing of the Spanish flu and polio that riveted the globe in the first first half of the 20th century.

“I’d definitely call this an emerging science, and I think there’s still a lot to do,” Biggerstaff says. “Galvanizing this community through the [Predict the Flu Challenge] helped CDC lead this and put a stake in the ground that the agency thought this was an important area to invest in and be a part of.”